Arizona Dreamers get a chance to hit the road 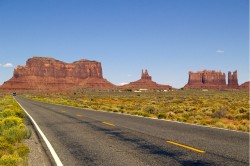 For over 600,000 undocumented students, the introduction of the Deferred Action for Childhood Arrivals (DACA) campaign in 2012 meant access to loans, a social security number, work permit, and a driver’s license. But many DACA recipients in Arizona were immobilized due to an executive order by Arizona Governor Jan Brewer blocking them from receiving driver’s licenses. That changed on July 7th, when a federal appeals court based in San Francisco overruled the order, bringing undocumented students one step closer to getting wheels.

DACA status provides those who qualify with a temporary respite from deportation and assigns them a temporary social security number. That number means that students can do things like qualify for financial aid, work, and get licensed by the DMV. Other than its temporary status, the USCIS-issued social security number is no different than any other. But immediately after Arizona-students began qualifying for DACA, Brewer countered with an executive order that prohibited those with DACA from getting licenses.

Arizona’s decision to block DACA students is part of a pointed and shameful campaign targeting immigrants. It’s overturn by the federal appeals court will send a message that it is not okay for vindictive laws to strip immigrants of their mobility.

In Arizona, 87% of the state’s workforce commutes by car. Removing Brewer’s license ban will help DACA students to improve their commutes and create safer streets by taking unlicensed drivers off of the road.

ILG congratulates the immigrant community on this victory for undocumented students. Your hard work deserves recognition on the roads.

In Oregon, undocumented drivers may be able to obtain temporary driver cards if the Oregon Driver’s Card law is passed. Make a difference by reading all the latest information on the Driver’s Card law, and then spread the word. If you are a United States citizen, make sure to get out and vote this November to ensure mobile immigrants and safer streets!