Today, Daniel Ragsdale, acting director of Immigration and Customs Enforcement (ICE), sent a letter to several congresspeople regarding the controversial Detainer Policy.  In this letter he clearly states that the ICE Detainers are not mandatory. 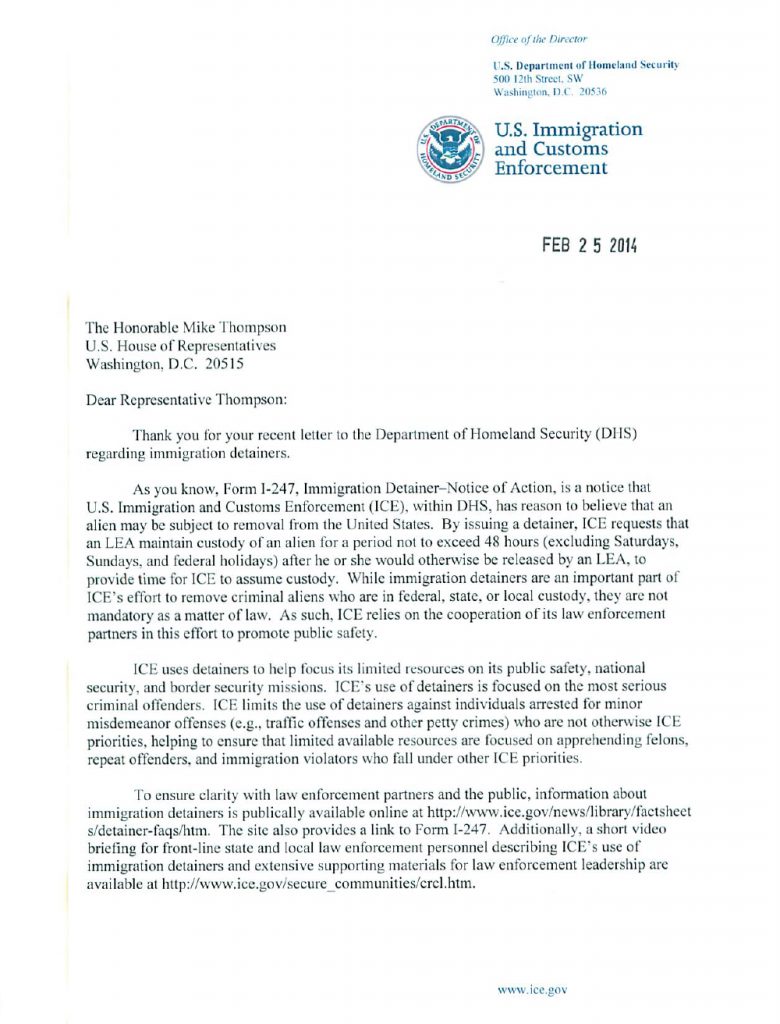 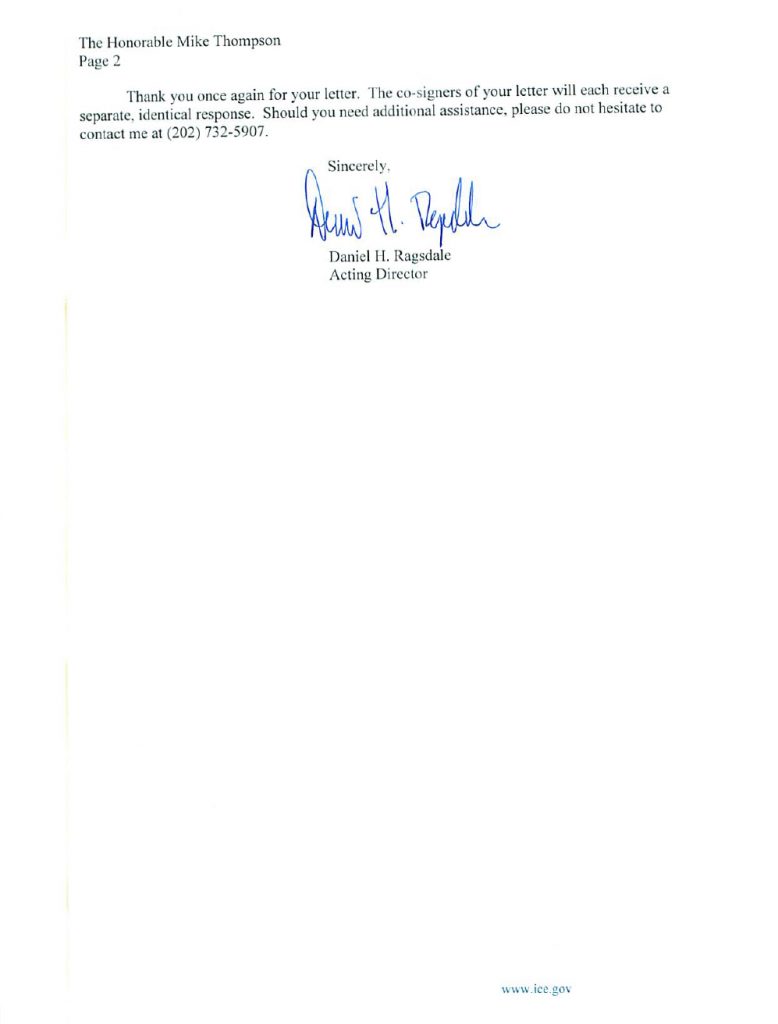 Detainers have been disputed since the program first began. The issue is complex and difficult to explain but what is clear about detainers is that they are bad for communities and erode trust in public safety.  They also drain law enforcement budgets and cause taxpayer dollars to be spent on keeping non-criminals in jail rather than funding public safety officers on the streets.  Several counties have already announced that they will not honor ICE Detainers.  Our community partners in the ACT Network have been working hard to get Multnomah County’s Sheriff Stanton not to honor the detainer requests.  Check out the Center for Intercultural Organizing’s website to find out what’s new in the movement.