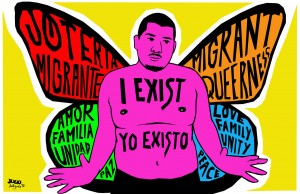 ILG is excited to celebrate a recent court decision promoting marriage equality in Oregon! On May 19th, Judge Michael McShane overturned Oregon’s ban on same-sex marriage, effective immediately. That means that for queer couples who have waited to marry, including many immigrants, it’s time to rejoice.

Earlier this year, two of ILG’s clients were the first lesbian couple in Oregon to be approved for adjustment of immigration status! We are excited that this new step in the direction of equal consideration will provide the opportunity to more couples to start the kind of family that they want, including petitioning for a change in immigration status.

This decision hits particularly close to Portland because Judge McShane is an alumni of Lewis & Clark college, and was a Multnomah County Circuit judge before his current job in the Federal Court. His decision is a win for Portland, and a win for the LGBTQ community.

At ILG, we strive to create a safe space for queer couples of all sexualities and genders.  Everybody has the right to personal safety, and every client is entitled to certain immigration benefits and rights. We are thrilled that since DOMA was overturned last summer, many couples have been able to petition for a change in their immigration status.