Study finds that free immigration counsel would pay for itself 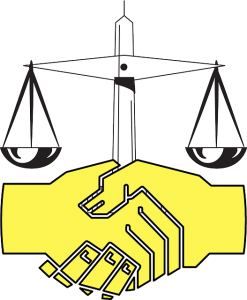 The status quo of America’s inefficient detention system is again questioned by the New York City Bar Association study finding that providing free legal counsel to immigrants would pay for itself in government savings.

Currently, many of those who appear in an immigration court to fight deportation orders do not have a lawyer to assist them. Good legal counsel would point immigrants towards their different options, and provide respondents with support as they strive to understand complicated immigration laws. Though the United States provides free counsel to defendants in a criminal court, that same service is not offered to immigrants.

But the NY City Bar association found that the cost of lawyers–about $208 million a year–would be paid for by lessened detention costs. They estimate the total time that immigrants spend in detention as almost 1.1 million days per year. Hiring lawyers would reduce detention days and speed up the trial process. In fact, the study estimated that the total savings would equal the expenditure––about $204 million to $208 million a year.

Detention is not the way to go––the system is inefficient and inhumane, and means that the US government spends months and dollars holding individuals who may have other immigration options. To read ILG Attorney Stephen Manning’s think-piece about the US immigration system, click here. To read more about the New York City Bar Association’s study, click here.