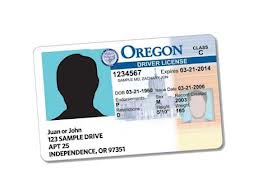 Though the licenses will still have a marking for differentiation, D. C. city councilwoman Mary Cheh told the Washington Post that the council will try to make the marking as small as possible. In edition, all of the data held by D. C.’s DMV department will be held absolutely confidential.

Allowing undocumented immigrants to obtain licenses is crucial to public safety, because it is not in anybody’s interest to have un-licensed, un-tested, and un-insured drivers on the roads. Further, mobility is a human right, and it is extremely important for the millions of undocumented immigrants in the United States to be able to transport themselves so that they can be an active community member.

Though Oregon’s own driver’s card bill has faced roadblocks, we are happy that Washington D.C. has taken this step and certain that it is a push forward for the whole country. Make sure to learn about Oregon’s driver’s card in our FAQ, and read about the problems the bill faces here and here.