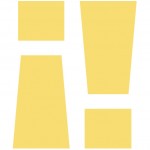 Immigration law treats adopted children differently than biological children.  The requirements for gaining citizenship are tougher, the path to permanent residency is more complicated, and the immigration agencies treat adopted children more harshly.  (We are not speaking of orphans – which have a different set of rules and a different set of headaches to deal with).  In 1976, the Board of Immigration Appeals — the highest administrative immigration court in the United States — created a rule that essentially banned all adopted children from immigrating if the adoption occurred factually after the child turned 16, but legally occurred before the 16th birthday.  You see, the immigration statute was written so that only children adopted before the age of 16 can count as “children”.  A child adopted after the age of 16, isn’t considered a child.  Even though family unification is a central principal of our immigration law, Congress created this restriction because it was afraid that immigrant families might try to take advantage of the law.

You see, in some cases, state courts cannot complete adoptions on time — before a child turns 16.  Or there are numerous cases where a child has been raised by an aunt or uncle for many years, but an adoption was never completed until after 16 because of ignorance of the law or because of delays beyond the parents’ control.  In these types of cases, a state court could enter a “nunc pro tunc” adoption decree.  Nunc pro tunc is a Latin legal phrase that means “now as then”.  For adoption cases, it meant a state court would enter an adoption order today (for example) saying that an 18-year child was adopted as if the adoption were completed two years ago (when the child was under 16).  State courts would enter these adoption decrees whenever the adoption process was delayed or something happened so that the parents could not complete the adoption on time.

Anyway, today the United States Court of Appeals for the Ninth Circuit issued a ruling in an immigration case that declared the 1976 rule illegal.  The federal court explained that the BIA’s 1976 rule was based on a misunderstanding of federal immigration goals.

We here at ILG applaud the Ninth Circuit and the law office of Carol Edward for taking on this important and critical issue!