Provisional Waiver: A Guide for Clients 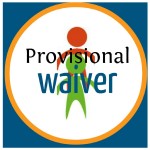 Who is a Qualifying Relative? In order to be approved for an unlawful presence waiver, the noncitizen must prove that his or her spouse or parent would suffer an extreme hardship if the full penalty were applied.  A qualifying relative is the spouse or parent of the intending immigrant.  It is super important to realize that a child is not a qualifying relative.  That means, a parent of United States citizen who wants to immigrate might not be eligible for an unlawful presence waiver because she might not have a qualifying relative.  It’s tricky and easy to fall into this trap – it is a good idea to get some legal advice in these situations.

Do I have to file my application on March 4, 2013? No.  You can file your application anytime beginning March 4, 2013 and on.  Our advice: take your time and get it right.  There is no rush to file by March 4.  A rushed, half-complete application will likely get denied.  It is better to prepare thoughtfully and carefully.

How long will it take to process a provisional waiver? Hmm.  We won’t know for sure until the USCIS actually starts processing them.  But we have been impressed lately with their speed and dedication in the DACA program, so we have faith.  6-12 months is our guess.  But that is only a guess.

Can you help me? Yes.  To schedule a comprehensive screening, call us.  And if we can’t help, we can probably recommend someone who can.