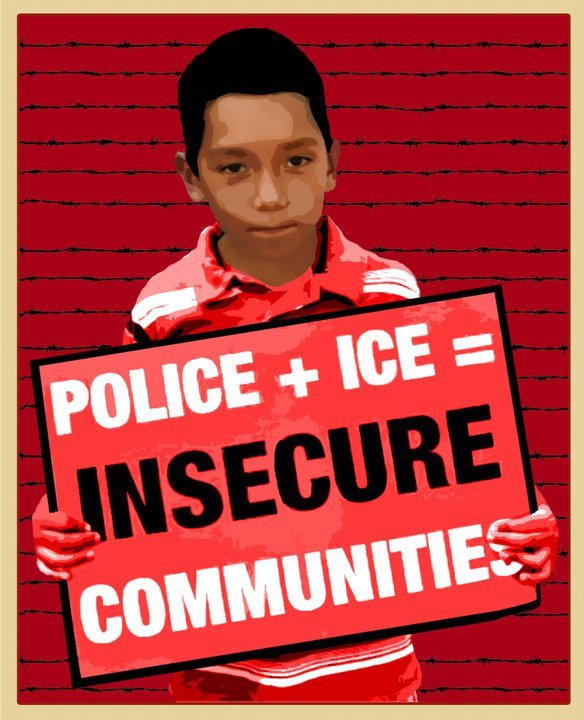 Undocumented immigrants are not criminals! Despite this, Immigration and Customs Enforcement (ICE) is enforcing an immigration policy requiring detention facilities to meet a daily quota for detained immigrants, regardless of those immigrants’ criminal records, or lack of criminal records. The policy, initiated by Congress in 2009, is called the “detention bed mandate,” and its monetary and moral implications have impacted more than 250 facilities-and communities-nationwide. Under the mandate, 34,000 immigration detention center beds must be filled every night.

This shocking policy is one more example of The United States’ ineffective and inhumane approach to immigration reform. Treating undocumented immigrants as criminals is irrational and unfair to families, but this mandate makes no distinction between criminals, and immigrants with misdemeanors or no criminal record at all. Instead, in order to fill quotas, ICE has been picking up people for minor crimes, like traffic violations, and detaining them. NPR’s reporters found that about 2/3 of the detainees at a detention center in Arizona had no known criminal record.

The US’s treatment of immigrants as persons in need of enforcement is an on-going problem–in fact, since 1986, the only immigration bills passed through Congress have dealt with enforcement only. However, this imposed standard is especially pertinent now because of the expansion of the Department of Homeland Security program, Secure Communities. Under this program, an arrestee’s fingerprints can be run against both the criminal and immigration databases. If an arrested person’s fingerprints are found in the database, ICE can require that the jail hold that person until ICE picks them up and takes them to detention.  Fingerprints are often run for all foreign-born individuals, even if they are green card holders or naturalized US Citizens.

Obviously, the use of these programs means that more and more undocumented immigrants are being placed in detention and held there. Detention can last any amount of time, from a day to a year.  There are serious legal implications of the bed mandate and the ACLU continues to challenge it.  Read their story about how the bed mandate affected one woman here.

Proponents of the “detention bed mandate” say that detention is necessary to ensure that immigrants to not miss trial dates or abscond. But it is obvious that treating undocumented immigrants as criminals is not an effective immigration reform policy. This policy dehumanizes immigrants, separates families, and costs more than two billion dollars in tax payer money each year, leaving advocates to wonder who’s profiting from this policy.

Learn more about this policy here, and find out how you can urge Congress to pursue more effective immigration reform here.