View a screening of Documented on the PSU Campus

Documented is the story of Jose Antonio Vargas’ journey as an immigrant in the United States. In 2011, Vargas shot to fame when he revealed himself as an undocumented immigrant for the cover of Time Magazine. But Documented is about much more than his magazine cover––the film is about Vargas’ family, his life, his identity as an immigration reform activist, and his relationship with his mother, who he hasn’t seen in 20 years.

After viewing the movie, we–along with Oregon DREAMers and PSU’s Multicultural Center–will be hosting a discussion. Bring your friends to learn and think about undocumented persons in America, what an immigrant identity means, and how we can work towards a better immigration system.

Click on the flyer below for a high quality PDF you can print out and show to friends! Then, watch the movie trailer to get prepared. 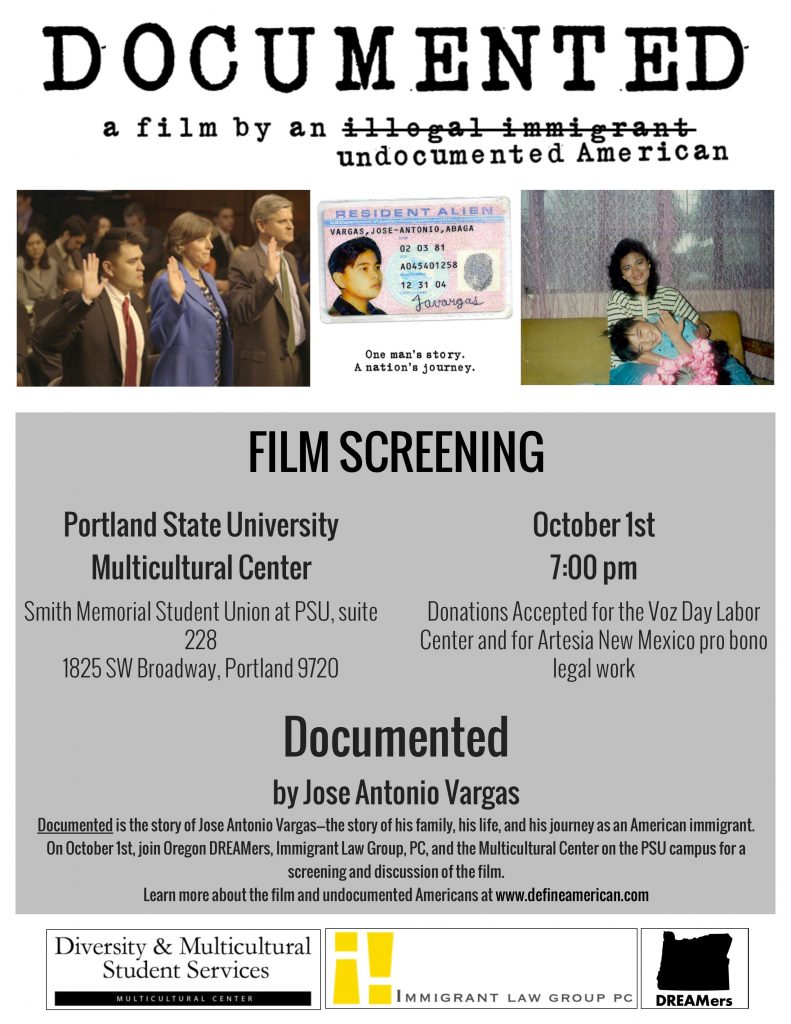